Norm Langer appeared this morning on KTLA 5 Morning News, discussing the now-legendary gentleman’s bet between LAPD Chief Charlie Beck and NYPD Commissioner Bill Bratton over the Stanley Cup Finals. He brought in food for the entire crew (including hosts Frank Buckley and Jessica Holmes) and we gave away 10 $100 Langer’s Gift Certificates by texting “Langers” to 515151(or enter at ktla.com/contests). Our sincere thanks to everyone at KTLA for hosting Norm so graciously. 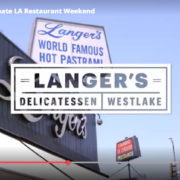 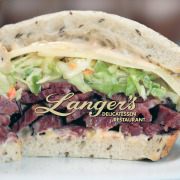 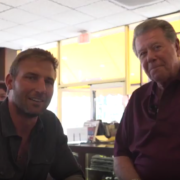 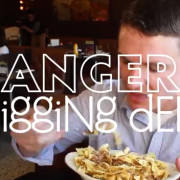 Travel Bites You: Langer’s Deli – What to Order Video