Student journalist Niko Klein has authored a terrific new piece entitled “Pastrami on Rye” for the Loyolan, the student newspaper of Loyola Marymount University in the Westchester area of Los Angeles. The author visited three delis – Nate ‘n Al’s, Factor’s, and Langer’s – and has generous write-ups for each. Here’s what Niko thought of Langer’s:

The interior screams classic, unchanged, Jewish deli, with classic delicacies behind a long glass display case, brown leather, wood paneling and charismatic servers that seem to be transplants from decades past. While Langer’s itself hasn’t changed much since its 1940s founding, the surrounding area has. Across the street from L.A.’s infamous MacArthur Park, Langer’s lies in a surrounding black and white to that of Nate n’ Al. Langer’s sticks out like a sore thumb amongst discount clothing shops, storefronts brimming with images of Christ and corner fruit vendors. In an area once known for gang violence, the deli not only survives, but thrives. Langer’s exists shoulder-to-shoulder with the Dodgers, the Los Angeles County Museum of Art and the city’s other great historic institutions. Some will tell you that Langer’s offers the best hot pastrami on rye in the whole United States of America, always neck-to-neck with Katz in New York. This author has never been to New York, so I’ll continue to side with Langer’s as my deli of choice. Maybe it’s atmosphere, maybe it’s nostalgia or maybe the pastrami sandwich is truly superior, but I have an undying affection for this delicatessen that is less than a mile from my beloved Loyola High.

The difference lies in the cut. Langer’s has always hand-cut their pastrami. While most delis machine slice their pastrami, Langer’s hand-cuts in order to avoid drawing out the meat’s moisture, as a machine-cutting process does. With a Langer’s sandwich, you’re guaranteed a melt in your mouth experience. This consistency can be attributed to Langer’s steaming process. The pastrami delivered daily to the store is ready for consumption, but Langer’s steams the pastrami for a few hours in order to get the product as soft as possible. The #19 is their most famous, with swiss, Russian dressing and coleslaw; however, I opt for the #1, as I don’t care for Swiss. The bread is a big competitive advantage for Langer’s. Though most delis will claim a double-baked rye, this downtown delicatessen delivers big time. A hard, crispy crust and a heavenly, soft inside make this the best rye bread around. Nate n’ Al has Langer’s beat on the Matzo ball soup, but Langer’s still delivers a good cup. I usually get an order of French fries, extra pickles and occasionally a chocolate malt, if I’m feeling indulgent. Go in and get a sandwich, but don’t mistake the adjoining park for a pleasant picnic spot.

Click here to read the complete article. Thank you, Niko! – The Langers 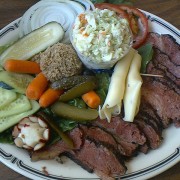 49 Things to Do: Langer's Deli 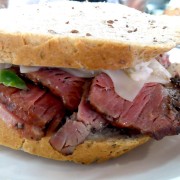 Thrillist: 50 LA Things You Need to Eat Before You Die 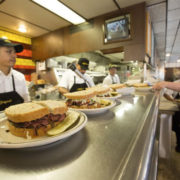 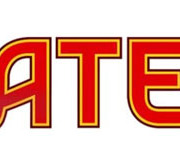 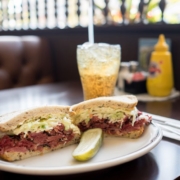